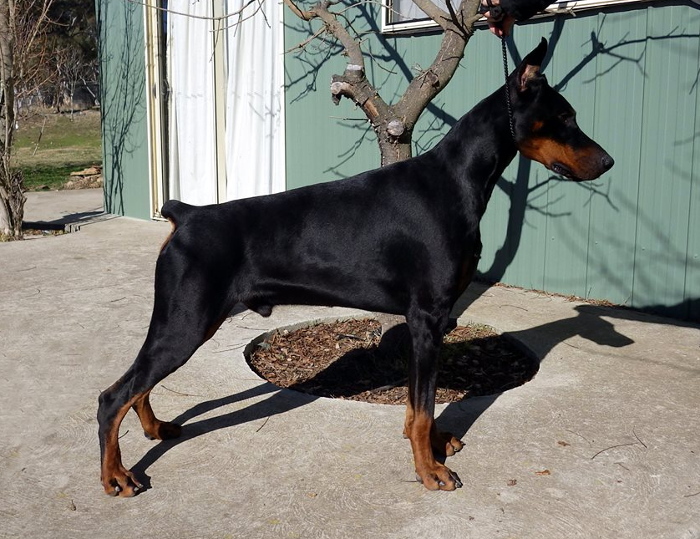 Aragon has been years in the waiting. After several failed attempts at Artificial Insemination with imported semen by Aragon's sire 'Oksamit De Grande Vinko', We decided to start looking for a pup sired by him, somewhere in Europe. We also wanted the pups Dam to have the health test results and pedigree we desired. Aragons dam 'Markiza Sav San' was just what we were looking for. So finally we found our boy and after much time, effort and money, he is here. Why did we persevere so... just google 'Oksamit de Grande Vinko' and it will be obvious why we think he is simply an awesome dobe. He is agile, beautiful yet substantial, smart, highly trainable, a loyal family dog and has good health and longevity behind him. Aragon was bred by Sav San kennels in Latvia. 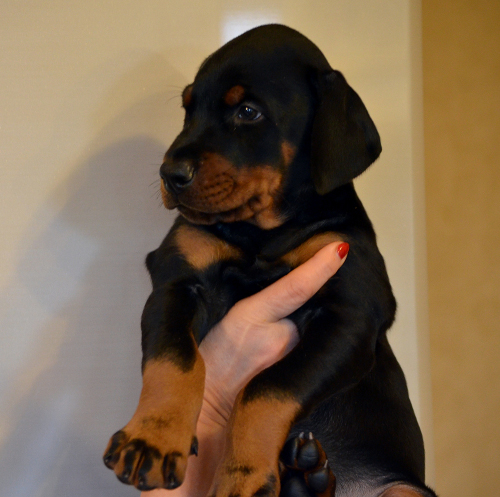 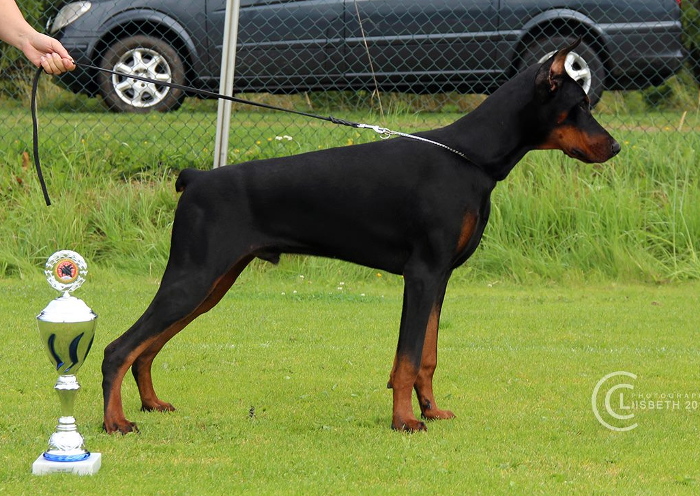 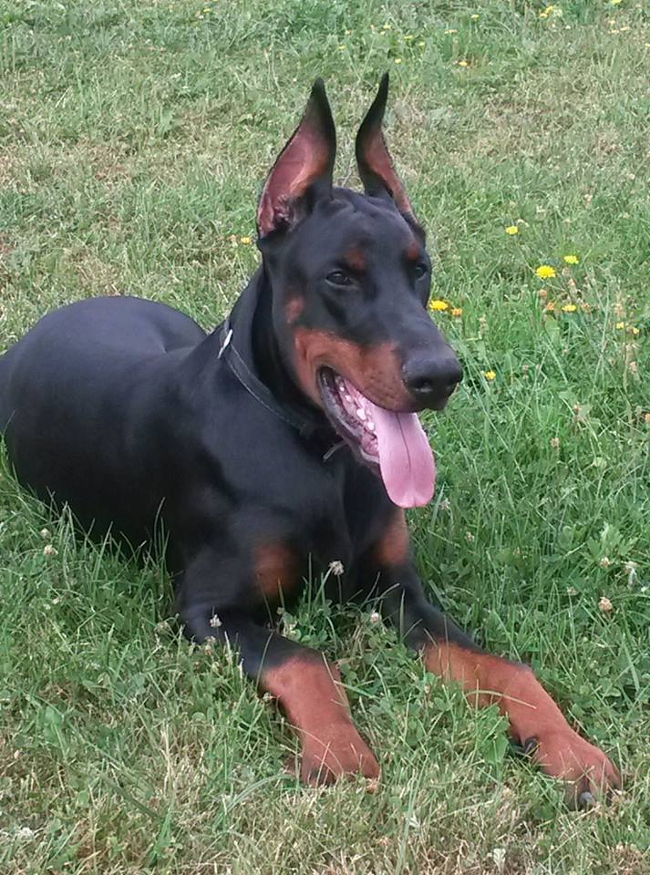 Aragon has a lovely strong head with plenty of bone and rich rust markings. These attributes are being passed on to his pups.